ATOMxGALAXIES is a 2.5D video installation/performance, both in a realtime interactive version and a edited package version. The image consists of numerous colorful spheres which are moving slowly and/or quickly in a space. The audience will see a cute and geometrical animation like an eye-candy but sometime he/she will recognize what it is. Because the image is a composition based on an analysis of a source image. It would be abstract or concrete according to the composition methods. The change of recognition is enjoyable and the image would be charming. 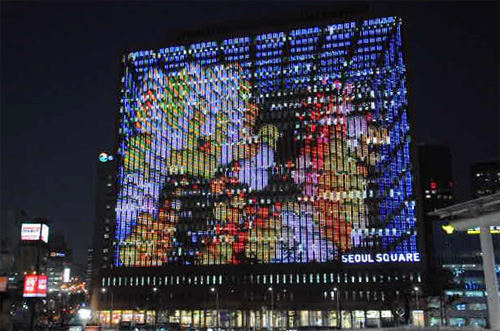 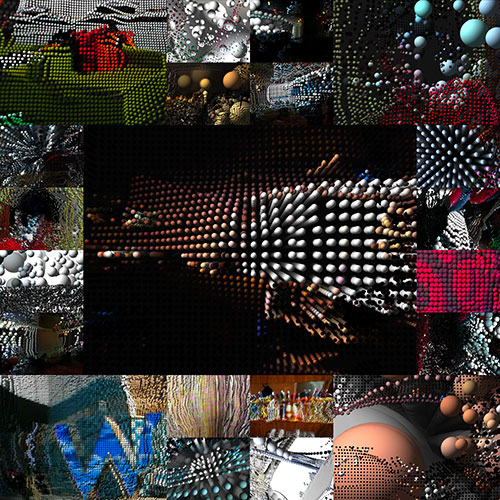 * The above is just a image for the flyer. It is not an actual work. 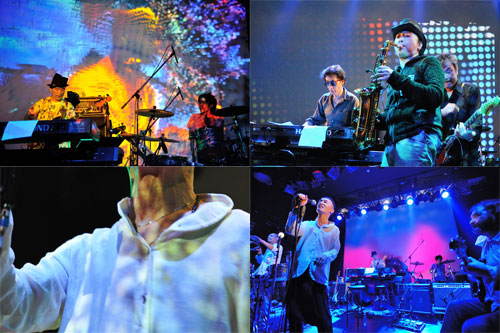 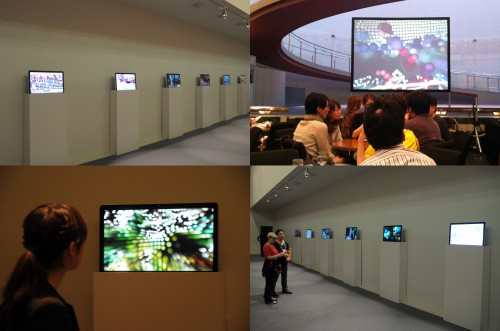 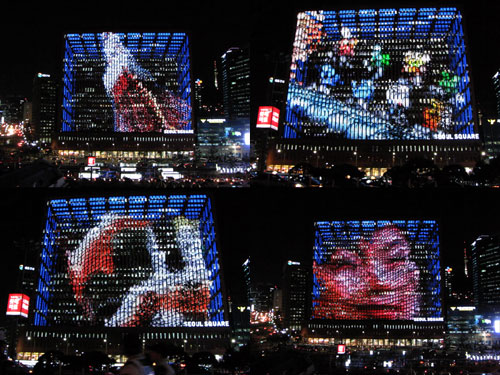 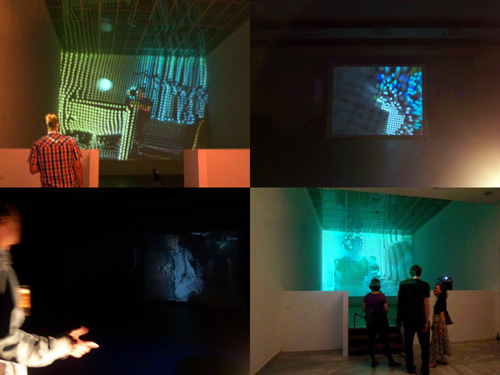 Exhibition in the W Hotel 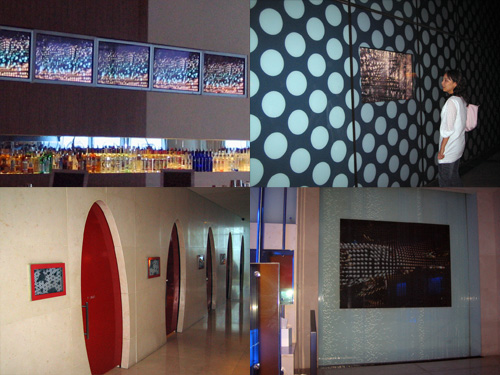 * The above is just a preview of the work. It is not an actual work.